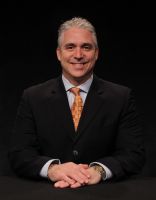 Matt Shepard is a 21 year veteran of Detroit sports and two time Emmy award winner. For the past four seasons, he
has called Detroit Lions Preseason games on the LionsTelevision Network. He also co-hosts the weekly regular
season pregame show The Ford Lions Report on WXYZ-TV in Detroit and throughout the state.

Shepard's resume also includes extensive work as a host and feature/game day reporter for FSD’s Tigers and Red
Wings coverage. He has also hosted a daily sports talk show on WDFN (1130 AM) in Detroit for ten years.